BATMAN vs SUPERMAN: DAWN OF JUSTICE Review: An Epic Battle 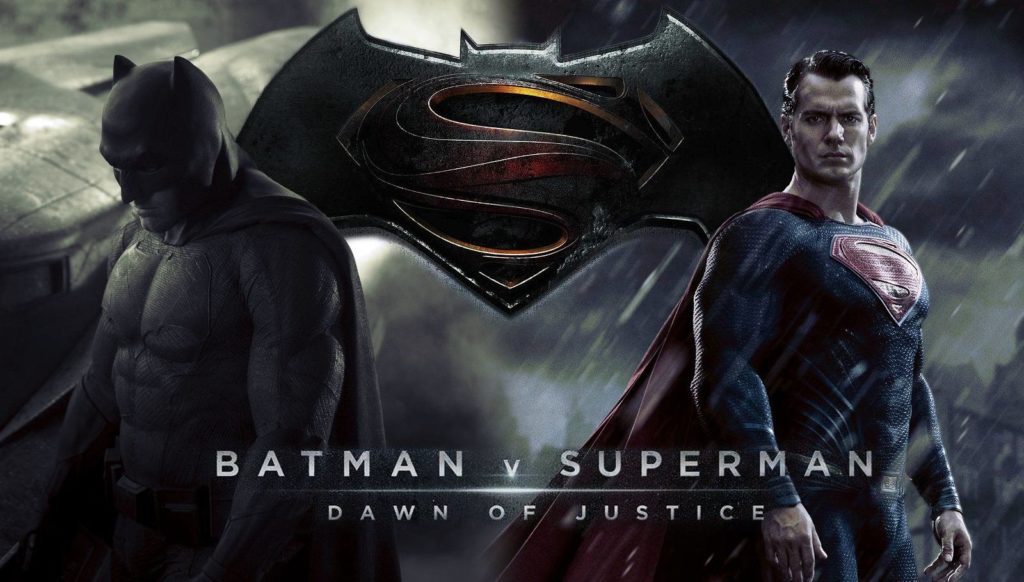 When the guardian of Gotham takes on the Messiah of Metropolis, it is bound to be a grand canvas. Batman vs Superman: Dawn of Justice released in theatres today and here we are with the detailed review of the movie. And yeah! This review is completely SPOILER FREE!!

About Batman vs Superman: Dawn of Justice

Batman vs Superman: Dawn of Justice is the 2016 Superhero movie by DC comics and Warner Bros. It stars Henry Cavill as Superman/Clark Kent, Ben Affleck as Batman/Bruce Wayne, Gal Gadot as Wonder Woman and Jesse Eisenberg as Lex Luthor.

The story of the movie revolves around the after effects of events from Man of Steel. Metropolis is divided with half of them considering Superman as a saviour and the other half considering him a monster. Bruce Wayne shares the second opinion and so does Lex, who considers himself as ‘Knowledge deprived of Power‘ and wants to take down Superman for being an ‘above all others’ in terms of power. He finds out about a stack of Kryptonite and wants to weaponize it. Bruce has changed a little after the Metropolis destruction and has turned angrier towards Superman. Meanwhile, Clark is busy in contemplating the divided stands of Metropolitans and is constantly in a conflict. Also, he is worried about the vigilante of Gotham who is ‘branding’ the criminals and imposing justice.

The acting performances are overall towards the positive side. Ben Affleck is intriguing as Batman and makes you feel his pain. Henry Cavill does his best to portray Clark’s conflict on screen. But with so much going around, he fails to gather attention. Gal Gadot impresses in his extended cameo. However, the highlight of acting performances was Jesse’s Lex Luthor. The madness of Lex has never been more effective on screen. You actually hate the character in the movie, but cannot stop yourself from admiring him. The other cast members do justice to their part.

The writers of the movie had a huge job to their shoulders with such a big story to tell. The story here is darker than all the movies produced by DC comics before this. Not just the Batman, but Superman also has a darker side to him. A lot of conflicts lie within the story, also, Superman’s conflict is similar to what it was in Man of Steel. While the story and dialogues impress you and make you clap. The screenplay pulls back the effect neutralizing them.

The editing is decent and not much can we complain about it.

The action of the movie is similar in genre to that of its predecessor Man of Steel. Pretty realistic, but at the same time, a little shabby. The tussle between the two heroes is impressive to watch.

Zack Snyder does a great job of bringing the two stars of DC comics, but somewhere lacks to bind it together. He tried to put a lot together into a single movie but could not manage to channel them correctly.

Much of the first half is purely character development and a large chunk of the second half is a pure battle. And the movie is lost somewhere in between them. Can be watched for the awesome and visually stunning battle between the legends. But overall the movie cannot impress everyone.