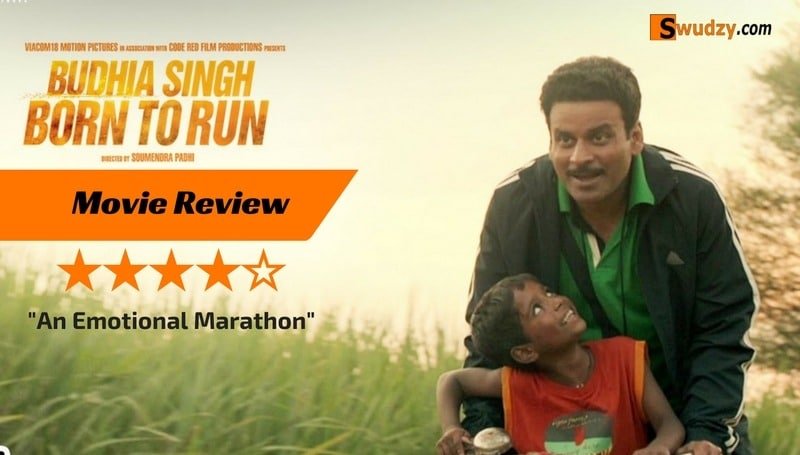 Manoj Bajpayee has been having a brilliant year with positive reviews on his acting performances in movies like Aligarh and Traffic. This week, he is back with another performance heavy movie Budhia Singh : Born To Run. The movie had earned the Best Children’s Film Award at the 63rd National Film Awards. Needless to say, the movie is awesome with great writing and brilliant performances. Read the full Budhia Sing Born To Run Movie Review below.

About Budhia Singh : Born To Run

Budhia Singh : Born To Run is a drama movie based on real characters and events from Odisha in the 2000s. The movie is written and directed by Soumendra Padhi. It features Mayur Patole in the title character of Budhia Singh along with Manoj Bajpayee as his coach Biranchi Das. Other cast members include names like Tilotama Shome, Shruti Marathe, Gajraj Rao and others. The movie was originally titled Duronto and also is certified with this name.

Budhia Singh is a boy from slums of Puri, Odisha. A Judo Instructor, Biranchi Das(Manoj) who also indulges in social works, arranges a job for his unemployed mother and takes him home where 22 more kids live and learn Judo. There, Biranji finds out that Budhia has extraordinary stamina and ability to run unstopped for long hours. Biranchi decides to nurture this talent and starts preparing him as India’s first professional marathon racer and aims at 2016 Olympic medal through him. However, not everyone takes this positively. Amongst minor jealousy and complaints of partiality by the students of Biranchi’s institute and his own wife, there are other social and political factors which project Biranchi as an exploiter. Meanwhile, Biranchi is set to make Budhia run from Puri to Bhubaneswar in temperatures up to 47 degrees in summer of May.

Watch the trailer of Budhia Singh Born To Run here.

The story of Budhia Singh – Born To Run is carefully crafted around real events. It has ups and downs at right spots. The screenplay is crisp and at no point in the movie, you find it boring. The characters are built with layers and depth. The rebel coach Biranchi, his reluctantly supportive wife, and even the character of 5-year-old Budhia is extraordinarily written. The dialogues are realistic and grounded. Overall, a big positive for the movie.

Manoj Bajpayee has already cemented his image as a no-nonsense actor, and this movie further builds on that image. His portrayal of Biranchi Das is true to the director’s imagination. He makes the story instantly appealing and his chemistry with Mayur is commendable. The kid puts out what is probably the best child performance of the year so far. Tilotama as Budhia’s mother plays out a vulnerable character with full dedication. And Shruti Marathe delivers a subtle performance as Biranchi’s wife, a performance which might easily be underrated. Rest of the cast also puts the right feet forward.

The music of Budhia Singh – Born To Run is forgettable. Only the theme is catchy and no other song makes any impact. Given the soul and effort in other departments of the movie, a better musical input would have worked wonders. It is a minus for the movie.

The debutant director, Soumendra Padhi has woven a brilliant ride of emotions. The movie slowly builds up and never slows down. He successfully extracted brilliant performances from practically the whole cast and His control over the movie is evident in each frame of the movie. A big positive.

Budhia Singh and Biranchi Das are sure to touch your heart. This is probably the best chemistry of an actor and a child onscreen this year. There are lots of moments worth watching and I hate to admit but this movie made me cry a little. Definite must watch at least once. Get your shoes, tie the laces and run a sprint towards the box office. Watch this movie today.