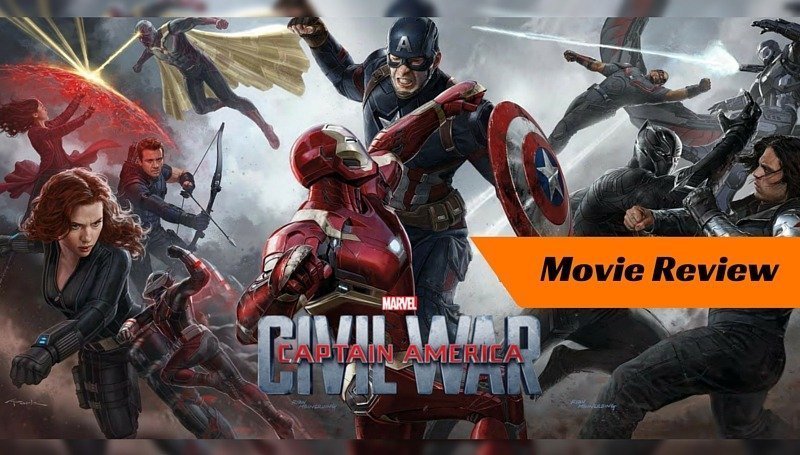 Captain America Civil War is the third Captain America movie and the 13th movie in the shared Marvel Cinematic Universe. This movie is directed by Anthony and Joe Russo and stars Robert Downey Jr. and Chris Evans along with Scarlett Johanson, Paul Bettany, Paul Rudd and other existing MCU actors reprising their roles.

The plot of the movie revolves around the conflict between Steve Rogers and Tony Stark regarding signing on Sokovia Accords, an agreement which will regulate the Avengers to function only on the orders of the United Nations. While some of the Avengers including Tony, Rhodes and Romanov agree to sign, Steve doesn’t. On the day of ratification of the accords at Pentagon, a blast takes place killing many including T’Chaka, the King of Wakanda. The news reveals that Bucky Barnes was the man behind it. The Avengers who agreed to sign set out to find Bucky and so does T’Chala, the son of T’Chaka. Steve, however, reaches up to him first and convinced that he is innocent this time, decides to save him and rescues him with Sam’s help.

Tony finds out their location and since they are short of manpower, he decides to rope in Peter Parker and Romanov convinces T’Chala to join them. On the other hand, Steve ropes in Scott Lang and Wanda through the now retired Clint. After a major tussle at the airport, most of the Cap’s team is captured and kept in a special prison.

The storyline of the movie is brilliant and it feels like the story will lay a foundation for upcoming MCU movies to a great extent. Building up upon the events of previous MCU movies, Civil War plays out perfectly as an individual movie. The major plus point for the movie is the character development and the conflict. The screenplay is quite crisp and the pace of the movie is altered at perfect positions. The dialogues are once again witty and pretty humorous, especially those coming from Peter and Scott.

The MCU movies never disappoint on the fronts of acting performance and this movie is no exception. The primary characters and the supporting characters all deliver a collective effort at the awesome performance. The highlight, however, was Robert Downey Jr. as Tony.

Boy! The action is good. Too good. We just fell in love with the newer ways Cap uses his shield. The action-chase with Natasha Romanov, in the beginning, made us go ‘Whoa!‘. Also, the airport sequence, how can one forget the Airport sequence? It is just amazing. Especially when Spider-Man fights Captain America, also when Ant-Man increases his size to distract team Iron Man. That one fight scene is so epic that if you were asked to buy a ticket to see that single scene, you would happily pay the money. Other great action scenes involve Tony fighting Bucky and Captain, and basically all the fights of Black Panther. Boy! is he good.

If you wait for the credits to roll(which of course you will, Post-Credit Scenes, duh!), you will be bound to notice how big the team behind the movie is. When a single person is accountable to the fans for the work of such a team, it can only go good or ugly. And after reading the above review, you might have guessed that this one was on the better side. The beauty of the movie lies in the tiny moments, like the introduction of Peter, first appearance of Black Panther, Clint, and Scott’s entries. Also, the conversations are dealt with extreme precision, each one carrying purpose and none of them seeming unimportant. Overall it is a brilliant effort at directing.

Well, one thing that can be surely said is that this movie does not disappoint a bit. There is drama, there is humour, there is action and there is more action. The only thing this movie misses is a bigger villain, but the conflict between the heroes makes up for it more than enough. Highly recommended watch this weekend. Definitely prefer it over Traffic and One Night Stand.