FAN Movie Review: This ‘Drama’ Should Not Be Missed 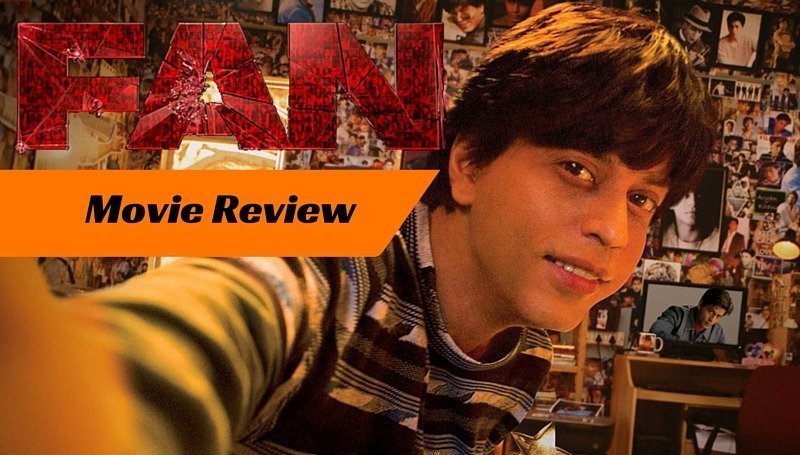 We all were excited about the release of FAN since the day it was announced. Also, the trailer and the promotions of the movie made it even more awaited in the eyes of Shah Rukh Khan’s fans. And not just the fans, the non-fans were also equally excited for the movie, and why not? It is every bit satisfying. The movie is a treat with unmatched taste. Read the full FAN Review right below.

The story revolves around Gaurav(SRK) who is a die-hard admirer and imitator of Aryan Khanna(also played by SRK) and proclaims to be the biggest fan of the star. He has won a cash prize and a trophy for imitating Aryan at a local event in his colony and wants to give the same trophy to Aryan on the latter’s birthday. Things take a turn and due to some of Gaurav’s actions, Aryan scolds Gaurav and in turn disown’s the latter’s love towards him. Broken and hurt, Gaurav decides to pay back the behaviour Aryan had towards him and starts defaming him through his acts as Aryan’s imposter. Aryan’s stardom is at stake and Gaurav wants just an apology from the star. Which of course, the star is not ready to give as he is not at all at fault.

Watch the trailer of FAN here.

Talking about the lead cast of the movie, that is pretty much just SRK, the performance is phenomenal. He plays one of the best roles of his life and THE Best role since My Name is Khan. Both, as Gaurav as well as Aryan, he is able to get the audience involved. The first half looks week in terms of Aryan’s portrayal but the second half brings him back with a big bang. Emotions, actions, and what else, Shah Rukh Khan does all with extreme ease. Definitely, a performance worth claps.

Other cast members also play their part sincerely. There is not much for Shriya and Waluscha to display in terms of acting abilities, but they both look good. Sayani Gupta stands out even in the small role that she has. She definitely has a bright career ahead. Deepika Amin and Yogendra Tiku as Gaurav’s parents are adorable.

The screenplay by Habib Faisal is pretty crisp and the dialogues that he wrote along with Sharat Kataria are precisely awesome. Our favorite of the many dialogues was this one

Even though the first half was a little weak in terms of holding the audience, it does a great job at character development of Gaurav, which pays off in the second half. The entire second half is a Tom and Jerry chase between Gaurav and Aryan. The story does a brilliant job considering it has only two major characters. Use of supporting cast in the flow of the story is also commendable.

Also, what should be mentioned here, is that the writers carefully dealt with the fragile relationship between a star and a fan without any problem. The last conversation between Gaurav and Aryan is the proof of the same.

There is no music in terms of songs in this movie, however, the background music is always noticeable. However, we do feel, it could have been much better. Still, no complaints.

A few scenes stand out in terms of how they are edited, especially the action sequences. Erstwhile, the movie’s flow is decently maintained by the fluid editing.

A huge credit for the brilliant product that Fan is, goes to the director Maneesh Sharma. The project that took 8 years to completion has turned out to be worth every minute of delay. Brilliant storytelling, especially the entire second half of the movie, is a treat to watch.

As we mentioned earlier, the movie is the gift all the Shah Rukh Khan fans have been waiting for. After a long time, King Khan is on the screen with something to clap for. But to Sum up, we have this short analysis of the movie.

What’s Not: The too long character development, Lack of songs to add impact to the story, imperfect background music, etc.