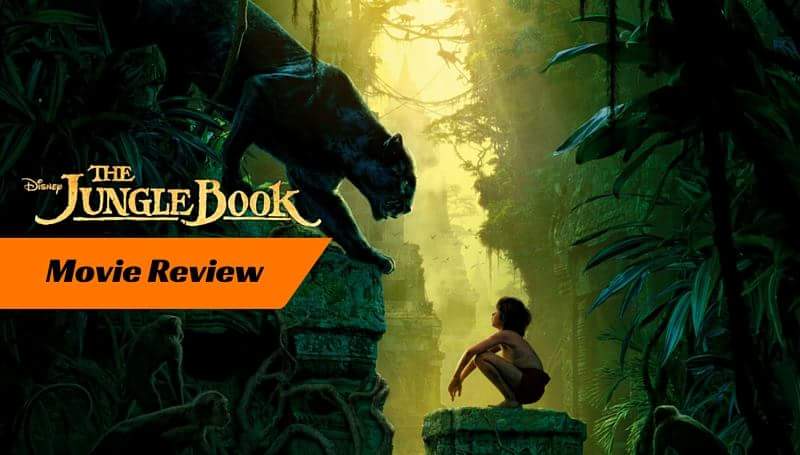 The iconic story by Rudyard Kipling gets re-imagined by Walt Disney studio this week in form of The Jungle Book. No doubts we all are expecting the movie to be a marvel. Given that the source material is flawless, and the cast is so impressive, there is no reason not to watch it. Speaking about cast, we were equally excited for both English as well as Hindi versions of the movie. And due to some misunderstandings with the multiplex website I got the Hindi tickets (2D). So the review is about the same.

And yeah! I missed you Scarlett Johannson *wipes off tears*.

About The Jungle Book

The Jungle Book is a live action motion capture movie based on the book with the same title by Rudyard Kipling. The movie is produced by Walt Disney Pictures and directed by Jon Favreau. The Hindi version stars Neel Sethi, Irrfan, Nana Patekar, Om Puri and Shefali Shah in major roles.

The story revolves around Mowgli(Neel) who is a human child brought up by a wolf mother Raksha(Shefali). The clan is threatened by Shere Khan(Nana) who wants to have Mowgli as his prey or he would kill the whole clan. Considering that his stay with the clan is dangerous for everyone, Mowgli decides to go to the human village and he is assisted by Bagheera(Om) in the journey. Before they could reach their destination, Mowgli gets trapped by Kaa(Priyanka Chopra) and is rescued by Baloo(Irrfan). Does Mowgli go to the humans? Or does he stay in the jungle?

As about 90% of the movie is either motion capture or pure CG, we are left as Neel Sethi to be the only ‘real actor’ in the movie. He does his part with complete believability. The voice cast also impresses, especially Irrfan as Baloo( I missed you Bill, but he was good too). Nana Patekar steals the scene whenever Shere Khan appears. Om Puri, Shefali and Priyanka are decent.

Somebody please hand over the Oscars this way. The graphics, if not better, are at par with ‘Life of Pi’ which also had Irrfan in it. Coincidence? Possibly. Regardless, the attention paid to details in the effects is commendable. Considering that what we watched was just a 2D version, we are sure the graphics would be better in the 3D version.

The major material is borrowed from Kipling’s book. But honestly, I wasn’t convinced with the plot line. Keeping in mind that Disney has previously altered the stories of the classic tales in their recent versions, I was expecting similar stuff here. The story structure is minorly altered and has a slightly darker tone than the 1967 movie. The story now has lesser characters and twists but is still engaging. In short, the storytelling is fine. Will appeal hugely to children(even the 90s born like me).

Directing such a graphic heavy movie is always a challenge. And it will be fair to say that Jon Favreau us successful in his job. Pleasing each category of audience is tough but the movie has the capabilities of the same.

The movie is a good choice to go to this weekend. Don’t forget to take your kids, younger siblings with you. A good watch.

Did you watch this movie? Did you like it? Do you think we missed something in our review? Head down yo the comments section below and let us know. Also, do not forget to share it with your friends and let them know how the movie is.

PrevPrevious PostLAAL RANG Trailer Review: A Lot More Than Just A Color
Next PostLOVE GAMES Review: Neither Love, Nor GamesNext