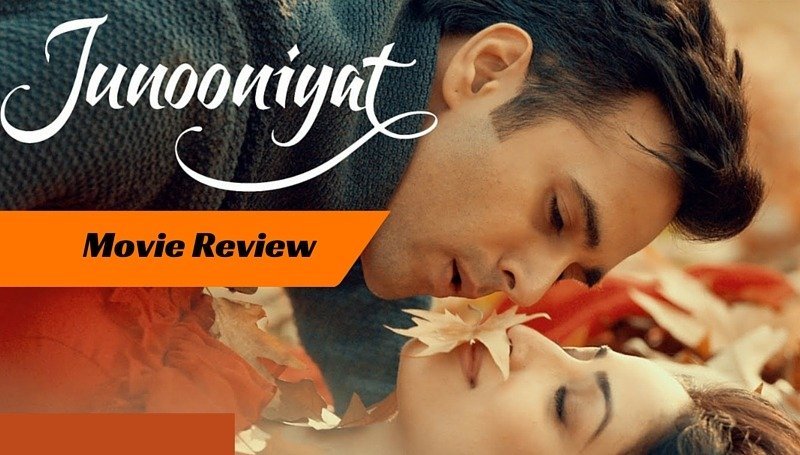 A few weeks back, Vivek Agnihotri presented the socio-political drama Buddha in A Traffic Jam and it had a widely mixed reaction from critics pan India. This week, he is back but this time, it is a romantic comedy drama, Junooniyat. However, this Junoon does not seem to impact us and remains a mediocre attempt at grandeur of romance. Read out the full Junooniyat Movie Review below.

Junooniyat is a romantic comedy drama movie directed by Vivek Agnihotri. It is produced by Bhushan Kumar under the banner of T-Series Films. The movie features Pulkit Samrat, Yami Gautam, Hrishita Bhatt, and Gulshan Devaiah in primary characters.

The movie revolves around Suhani Kapoor(Yami Gautam) who is a young, hyperactive girl from a family with 3 martyrs from Army. She goes to swim in an army restricted pool and gets detained by the armymen. There, she falls in love with Captain Jahaan Bakshy(Pulkit Samrat). After returning home in Amritsar, she once again encounters Jahaan and their romance grows. However, upon finding out about the two, Suhani’s father is furious at her. He keeps a condition that Suhani and Jahaan can be together only if Jahaan leaves army and joins his business. What follows is a tale of misunderstandings, denials, emotions and drama.

The story by Priti Singh is an age old prototype of a love story where Boy meets Girl, Boy loves girl, girl loves back. Girl’s father doesn’t love all this and separates the two. There enters a misunderstanding and they pretend to move on. Sounds familiar?

Regardless, a predictable story has a potential if the screenplay is competent enough, which in this case, isn’t. The screenplay is as predictable as the story and no interest is restored. The dialogues are idiotic and stupid. Some of them are so juvenile that my 8 year old cousin could have written better dialogues than those.

The characters are so loosely crafted that many of their actions do not make sense. The weakest of all the characters being Yash(Gulshan Devaiah). Some of the characters end up being unintentionally humorous.

Another weak aspect of the movie is the performances by the actors. Yami Gautam tries her best to steer the movie through but it seems the movie was too heavy for her shoulders. Pulkit Samrat doesn’t seem to adapt to Jahaan Bakshi’s shoes and falls flat. The supporting characters also fail to make an impact, including Gulshan Devaiah who falls victim to some bad writing. However, Hrishita Bhatt stole the screen whenever she got space. A below average performances by the overall cast.

Junooniyat is full of irrelevant, unwanted and baseless songs. Nachenge Saari Raat, Pagalon Sa Naach, Tu Junooniyat being the main culprits in them. Mujhko Barsaat Bana do is worth listening but outside the movie. However, the title song and Ishqe Di Lat Tadpaave are awesome in the movie as well. But not enough to bring the attention back to the movie.

The direction by Vivek Agnihotri is too loose. This is evident from the almost worst Chroma Key effects in multiple scenes of this movie. And also, the fact that the movie is unintentionally funny, proves the low efforts. He has definitely failed to gather the right performers, and getting the right performance from them. Junooniyat is a forgettable directorial venture for us and hopefully for the director himself.

The movie is not worth spending the money on tickets. Watching Udta Punjaab or Raman Raghav would be a better option. One can also settle for Housefull 3 instead of watching this movie. However, Yami Gautam can lure you into watching this movie. And in that case, its fine. We were a victim to it too.