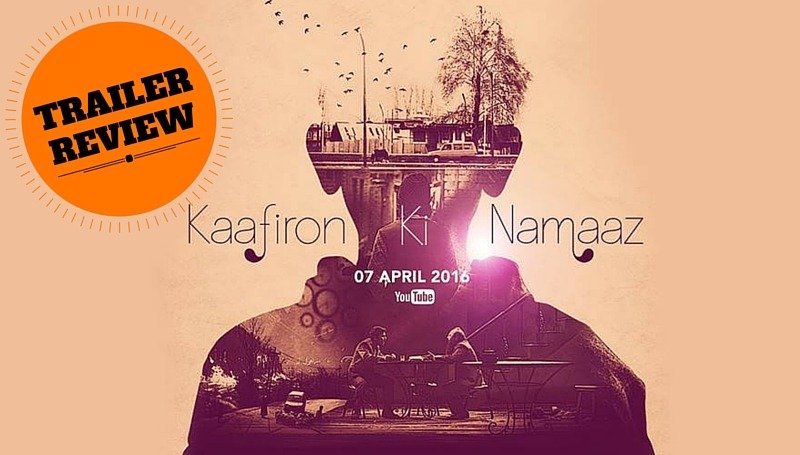 While we were extremely excited about the upcoming movie releases to hit the theatres, the men behind Lorien Motion Pictures gave us another gift in the form of the Kaafiron Ki Namaaz Trailer, which was released on their official YouTube handle on March 18th.

The movie is not going to hit the theatres, but will be released on the video hosting platform YouTube on 7th April 2016. Probably, there will be no charges to watch the movie and that leaves no excuse not to watch it.

Kaafiron ki Namaaz is a thriller drama featuring Alok Chaturvedi, Late. Chandrahas Tiwari, Megh Varn Pant, Joydeep, Chandra Shekhar Dutta(voice) and Sahil Vaid(voice). It is produced by Bhargav Saikia and directed by Ram Ramesh Sharma. The film was completed in 2013 and has since been showcased and awarded at many film festivals across India, Sri Lanka, Indonesia, South Korea, Norway and Australia. However, for the general audience, it will be available from 7th of April, on the official YouTube Channel of Lorien Motion Pictures.

From what appears from the trailer and the video description, the movie follows a writer and his team, who travel to Srinagar to interview a recently court-martialled army man. They carry on their interview at Junaid’s tea shop who also is present at the time of interview. All three of them reveal their most personal secrets to one another as the movie turns into a chilling thriller.

Right from the opening voiceover to the closing quirky jazz song, the trailer establishes itself clearly as an upbeat drama talking about some serious issues. What exactly are the issues, it is hard to tell as being a good trailer, it does not disclose everything. The performances of the actors can easily be said to be the highlight of the trailer. Also, what impresses in the trailer is the beautiful cinematography. Lighting the sets quite similar to the stage of any drama, the cinematographer clearly portrays the seriousness of the scene. The smooth and intriguing camera movements also impress.

The trailer keeps enough cards on the table to lure the audience to watch the movie while still keeping the ace under their sleeves.

Have a look at the trailer.

While the trailer is full of beautiful frames and moments, the absolute favorite moment for the Swudzy team was this moment with extremely beautiful framing.

Even though we could not comprehend the exact meaning of the shot, and are extremely curious to know that in the movie, we love it already.

Also, the last lines of the trailer, in the form of a song, will keep you humming after the trailer is over. Here are the lyrics