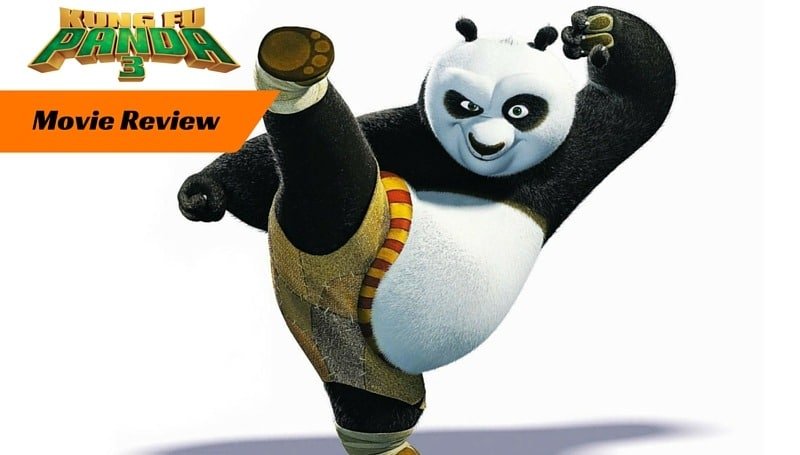 The obese but quick and lethal Dragon Warrior, Po is back in theatres this week with Kung Fu Panda 3. Just like the last two installments, it was expected that the movie will bring in ample fun along with the emotional aspect that contains values within. Did the makers succeed in carrying forward the franchise while keeping the quality intact? Did they fail to match up with their own brilliance? Read this review to know more.

The story starts with Kai, a Yak who indulges into a tussle with Master Oogway. It is later revealed that he and Oogway were friends until he turned evil to concentrate a magical power of ‘Chi‘ into only and only his hands. Oogway fought him and sent him to Spirit realm. Now, Kai has been able to capture many Kung Fu Masters’ Chi and does the same with Oogway. Meanwhile, Dragon Master Po(Jack) meets his real father(Bryan). Kai attacks Valley of Peace to kill Po, and Master Shifu(Dustin) tells that only the secret village of Pandas know the real power of Chi and they can only teach the same. Po’s panda father takes him to the village to teach him. Meanwhile, Shifu and all the masters of Fabulous Five except Tigress are captured by Kai, who is now headed to the Panda village to kill Po. Can Po be able to kill Kai and save the village? Can he free the kung fu masters? Read the review now.

Jack Black is as funny as always in his role of Po. The character can never fail to make you laugh. All other cast members make a great impact. But the special one in this movie is none other than J.K. Simmons as Kai. It is tough to judge the performance of a voice cast. But as far as we understood, this movie has nothing which can lead to a complaint for the performances.

This is where any animated movie needs to excel in order to be funny or successful. And Kung Fu Panda 3 manages to do the same. The story progression is brilliant. The dialogues are as funny as a dancing chihuahua. Especially the dialogues by Po and Kai. Master Shifu also makes laugh in his own ways.The characters are so interestingly developed that you feel them with you.

One of the high points of the movie. Just like the previous two movies, the scenes are interlinked and often have an added effect on the storytelling.

The brilliant animation and the use of 3D in this movie is one of the bests in the category. Every single reflex of the characters can be visible. Details are the specialty of the movie.

For an animated movie, it is highly important for a director to have a fine grip on every department. Makers of KFP3 do just that. In addition, they say a story that is not just a funny tale for kids, but also a lesson of family values and emotional journey with a pinch of spirituality. Definitely a great effort.

While it appears to be a kids’ movie, it actually is for everyone. All can laugh at Po’s antiquities and all can learn from the equations of the character. A should watch movie, especially for Indian animators, Try getting such good stories behind the animation talent that you guys have. Definitely a better choice than Ki & Ka for this week.