THE LEGEND OF TARZAN Movie Review : Fine Characters in A Plain Movie 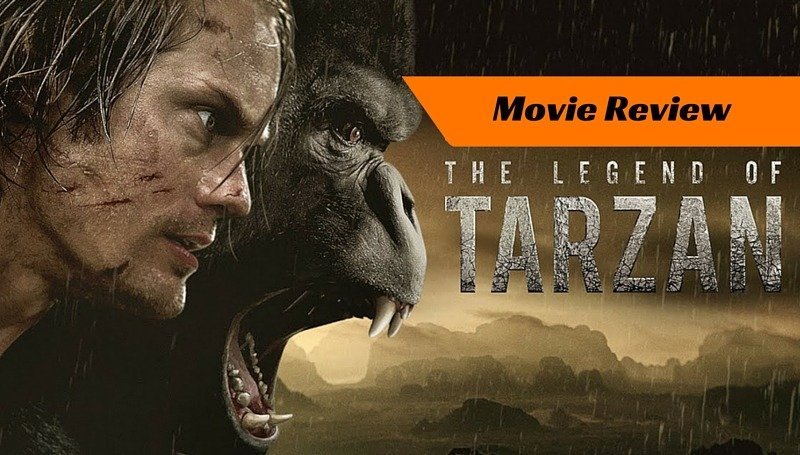 When David Yates directs a movie, the hopes are set to be high and all we expect is another magic like Harry Potter‘s final installments. However, the latest offering by Yates isn’t all that good. Sure it has some fine performances and engaging characters, the movie definitely misses a better plot. Read the full The Legend Of Tarzan Movie Review below.

About The Legend Of Tarzan

In 1884, African Congo is divided by Great Britain and Belgium. Belgium is on the verge of bankruptcy and to save it from the same, King Leopold of Belgium sends his troop along with his confidant Captain Rom to search for precious diamonds in the region, which may help them pay their debts. The diamonds are under custody of Chief Mbonga who agrees to give them to Rom if he brings Tarzan to him. Tarzan is now living in his home in London as John Clayton III, Lord Greystoke. He is invited to the Belgium part of Congo as a royal guest. After initial disinterest, he agrees to go after George Williams informs him of potential ill effects of Belgian Colonialism in Congo. Excited to visit their ‘home’ back, Tarzan’s wife Jane joins his husband and Williams.

Watch The Trailer of The Legend Of Tarzan here.

The story had a great potential as it tweaked the story of Tarzan as we know the character. The characters also are built such that they engage quickly with the audience. However, the plot is quite loose and breaks the connection. There is far less of the animalistic Tarzan as in most of the runtime of the movie, Alexander is seen interacting with other humans, be it the tribesmen or the royals. The dialogues do not make large impact and just manage enough to continue the flow of the movie.

This is a part where the movie impresses. Even if the performances are not straight away standout, there is a definite sincerity to each and every character by their respective actors. Alexander is convincing as the King of the Jungle. Margot Robbie dons the persona of Jane with grace. Samuel L. Jackson is in comfortable shoes as the catalyst George Williams. The actor who impresses the most is Christoph Waltz as Captain Rom. He is sheer delight to watch on the screen.

There are highs and lows in the execution of the visual effects of the movie. The climactic sequences are great, however, not as great as one would expect. The movie’s tone is kept as realistic as possible by not going all over the top with the effects. Overall, the effects and CGI are satisfactory.

David Yates fails to recreate the Potter magic. His vision somehow did not reflect in the execution. The movie neither establishes itself as a hardcore action adventure, nor as a drama. It is difficult to enjoy the complete movie. Also, the movie has a low recall value. Overall, it is an average directorial venture.

The Legend of Tarzan is a good one time watch if you have nothing much to do. The visuals might amaze, but the best part is the acting performances by the lead cast, especially Waltz. However, having a lot of high hopes is not good as the movie might disappoint.