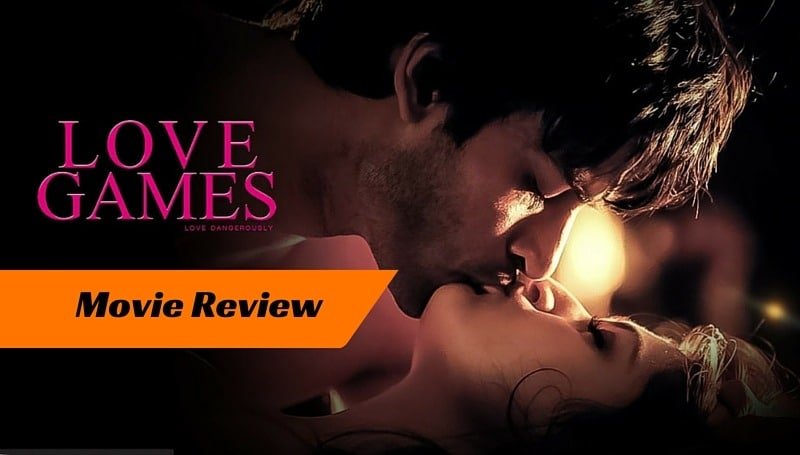 The second release and the only Hindi release of this week was Love Games directed by Vikram Bhatt.The movie had a decent trailer and an awesome music album by Sangeet and Siddharth Haldipur. But what actually matters at the end of the day is that ‘is the movie that good?’. We at swudzy.com are here to answer that question for you. Read the Full Love Games Movie Review here.

Love Games is a 2016 Erotic-Thriller movie produced by T-Series and Vishesh Films and written and directed by Vikram Bhatt. The movie stars Patralekha, Tara Alisha Berry and debutant Gaurav Arora in primary roles.

The plot of the movie revolves around a rich woman Ramona(Patralekha) is involved sexually with a rich guy Sameer(Gaurav). They both start playing the “Love Games” where they both compete to seduce the two counterparts of a happy Page 3 couple. This is where the troubled Sameer meets equally troubled Alisha(Tara)(who is abused by her husband) and falls in love with her. Ramona doesn’t like this and decides to blackmail Sameer for the same.Things take an ugly turn and what follows is a series of betrayal, revelations, murders, revelations, some more betrayals and some more revelations.

Well, one question we have to ask from the makers of this movie is “Why PATRALEKHA for the role? and Why THIS ROLE for Patralekha?” She was definitely the weakest link of the main cast. We know it is tough to digest since the last movie that she did was Citylights. But believe us, she overacted in this movie. Gaurav has done a decent effort as this is his debut movie. He is really impressive. Tara Alisha Berry really attracts the camera when she is in the frame and we won’t mind that. She has really given her best to the imperfect matter that she was given. Rest of the cast is just a pure waste of screentime.

This is the best part of the movie. Sangeet and Siddharth Haldipur give their best effort to revive the movie, but to the dismay of the viewers, the rest of the aspects of the movie hold it back. To our surprise, there is a great English version of Mohabbat in the movie that is not in the music album. Rest of the tracks are also brilliant and add up to the storytelling(if there was any). However, we do feel that the background music could have been better.

Too Flashy, less in substance. That is the only thing we can say about the editing of the movie. Nothing special and same old boring stuff.

Vikram Bhatt seems to lose it in excitement. A good concept is dealt without due care and resulted in an imperfect output. Right from the casting, the story, and other aspects apart from the music, Vikram seems to have left loose everything for the movie.

The movie is a big bore. You might want to kill yourself after watching the movie and that too without that weirdly named drug that can slow your heartbeat. Actual death (a potential spoiler in the movie, if anyone cares). Save lives, skip this movie. Better go and watch The Jungle Book.