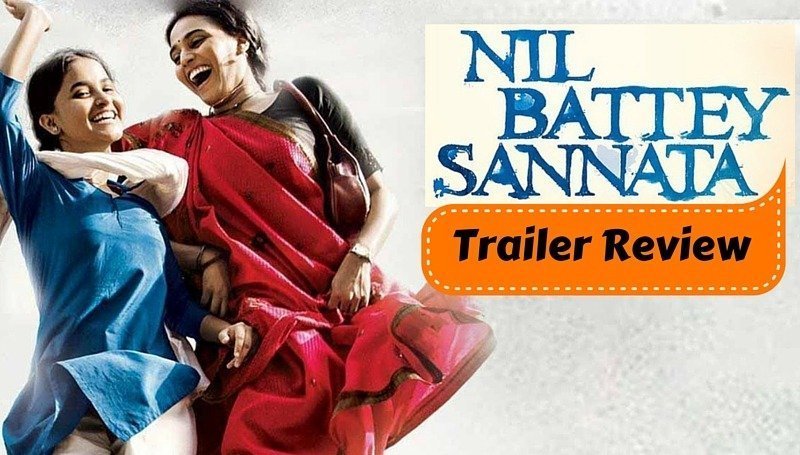 What happens when a woman who works as housemaid wants to make her daughter an engineer or doctor? What happens when the daughter of that woman feels pressurized under this wish of her mother? The trailer of Swara Bhaskar starrer next film, Nil Battey Sannata, raises some questions like this. Read our review below.

As we understood from the trailer, the movie is the story of a housemaid and her daughter. The mother wants her daughter to study hard and become a doctor/engineer. The daughter is weak at Maths but the mother wants to spare nothing, to make her career a respectable one. The movie looks hugely a character-driven film. As stated in the official description of the trailer on erosnow.com,

The Film celebrates that, irrespective of one’s past, everyone has the right to dream, inspire and change his or her present for a positive future…

The trailer is filled with charm and cuteness. There are multiple moments, where the characters will make you feel them. And let us remind, we are still talking about the trailer and not the movie. Swara Bhaskar’s character looks strong and she seems to reprise her natural acting that she does in all her film, especially with Anand Rai. The character of the daughter also is a realistic one and can connect to the people watching the movie. Overall, the movie looks like a must watch,

Not to forget the music that plays in the background. It is really awesome. You will have a smile throughout watching this trailer. We recommend you to watch it, and also, the movie. 22nd April is the release date.

We loved every bit of the trailer, as we mentioned above, however, there is the moment where the girl mentions

Not just this, but there are multiple dialogues which are awesome to hear in the trailer. And we expect the movie to be even better.