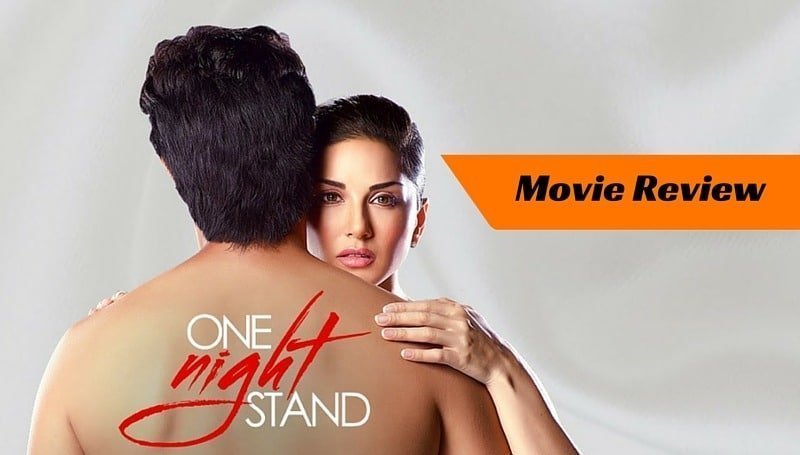 The first release if this week is tge Sunny Leone starred ‘One Night Stand’. We strongly criticized the trailer of this movie. But the music of the movie wqs just awesome and it made us wait for the movie. However, after watching the movie, we stand by our first judgement of the movie. Read the complete One Night Stand Movie Review right under.

About One Night Stand

One Night Stand is a Bollywood-Drama movie starring Sunny Leone, Tanuj Virwani, and Nyra Banerjee in primary roles. The movie is produced by Pradeep Sharma and Furquan Khan and is directed by Jasmine Moses D’souza.

The plot of the movie revolves around Urvil(Tanuj), who is married to Simran(Nyra) for 5 years. They are happy in their marriage, however, out of Simran’s knowledge, Urvil often engages into one night stands and on one such instance he stumbles upon Celina(Sunny). The night gets over, day changes and cities also change, but Urvil still can’t stop thinking about Celina. Things take a dramatic turn when Urvil spots Celina when he was shopping with his wife. After this Urvil becomes restless and starts stalking Celina, which isn’t her real name. He discovers that she has a husband and a son as well. He feels cheated for some reason and continuously seeks closure. That was all we got frok the movie.

The writing is highly impressive in tge first half. The story seema involving and human. The screenplay is crisp and the dialogues give a certain depth to the characters. All goes well till the interval, which in fact, takes place On the highest note of the narrative. However, everything falls out of hand in the second half, which is as weak and as louzy as it can get. Dialogues seem unconnected. Screenplay separates the characters from the narrative. And the story is as uninteresting as a blank wall without exams around.

The performances of the actors can also be seen in two different phases. In tge first half, Sunny Leone looks awesome as the mysterious Celina, she brings an added charm to the temptress that her character is. Tanuj looks a little mia-clued but still acceptable. Nyra plays a happy housewife to such an extent that you start to feel that she is high on weeds. But, in the second half, Tanuj comes out as a better actor than what one might guess from the first half. Sunny looks flat and out of sync with the narrative. And Nyra gets as sad as one might get when the weed-stack is taken away. However, Ninad Kamat as Urvil’s friend is the only constant good performance that we can recall from the movie.

The music is actually great, as we already mentioned in our detailed music review. Songs like Ki Kara, and Le Chala add up to the feel if the movie. Do Peg Maar seems seemlessly forced for glamour. Ijazat is underused for better. We can say that music is the best part of the movie.
Our favorite traack : Le Chala

The direction is also impressive in the first half but probably all the thoughts were exhausted till then and second half was sonehow finished. The characters are not handled correctly and the actors are not guided correctly. Some scenes are brilliantly executes while some others leave clueless about their relevance. Overall just decent effort.

The movie might impress you in the first half but you might start to hate yourself till this one and a half hour movie gets over. Stand out of the hall where One Night Stand plays. Serious Advice.
[wp-review id=””]