PHOBIA Movie Review : Must Watch This Brilliance of Horror 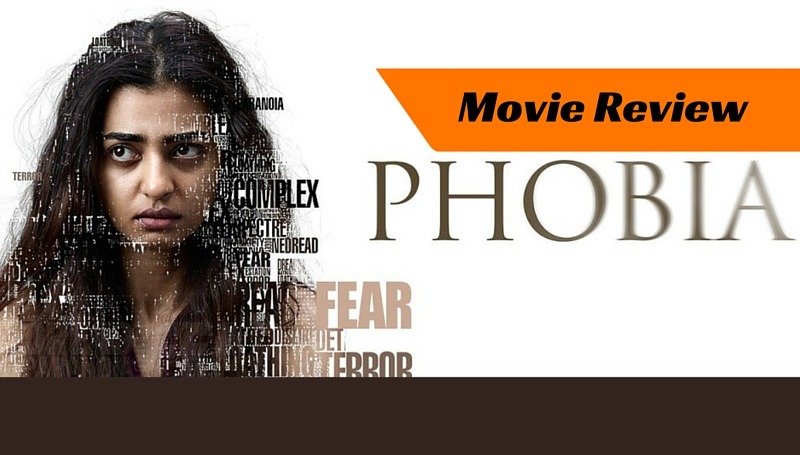 Having watched 1920 London recently, we were almost of the opinion that the horror genre in India is dead and will come to haunt soon in the white powdered face and long clothes hanging loose on the shoulders with hair open wide, and it will scream to its full intensity in your ears. But to our amaze, Phobia is here to revive the horror-thriller genre. Read the full Phobia Movie Review below.

Phobia is a 2016 horror-thriller movie directed by Pawan Kripalani(Ragini MMS, Darr @ The Mall) and produced by Eros International and Next Gen Films. It features Radhika Apte, Satyadeep Mishra, Ankur Vikal and Yashaswini Dayama in primary roles.

Mehak(Radhika) is a painter who gets harassed by a taxi driver a night while returning home. She is traumatized by this incident and develops agoraphobia(the fear of places and situations that might cause panic, helplessness or embarrassment). In order to help her recover, her friend Shaan(Satyadeep) takes her to a new home, providing a fresh environment to forget the traumatic incident.

However, upon reaching the new place, Mehak starts seeing weird things and incidents. Her neighbors appear to be weird involving a possibly mentally unstable middle-aged woman, consistently looking for her husband, a creepily helpful neighbor who is the president of a laughter club, and also an architect who happened to be in a relationship with Jiah, who lived in the house before Mehak. Jiah left the house unannounced and hasn’t returned for a long time with no information. She also finds a friend in the building in Nikki(Yashaswini) who helps her in her quest to understand the visions that she has.

The movie excels in the writing department. With a relatively novel concept, the story is well developed and brilliantly structured. It is extremely difficult to point out any loophole in the story. The screenplay progresses with required pace. Never too slow, never too fast. It might appear that the first half is slow, but the incidents of the second half clear out every doubt. The use of foreshadowing and exposition in this movie is phenomenal. There is nothing flashy in the dialogues and that is a good thing as the complete focus of the viewers stays with the screenplay and the performances.

Speaking of the performances, Radhika Apte is mind-blowingly awesome in the movie. Portraying the fear and terror of some thought with this level of perfection is really a great talent to possess. The other actors also do complete justice to their characters, and in the process, do not tend to attempt to overshadow the movie by going overboard. Yashaswini is a delight as Nikki and Ankur Vikal as creepy neighbor Mannu is superb.

The use of a song in this movie is limited and the single song that the movie has could also have been avoided. The background score has the right amount of creeps and binds the fear together.

Well, we are pretty sure what we are speaking when we say this movie possibly is one of the best three movies of the year so far. The last 30 minutes of this movie are extremely thrilling. I remember I jumped on my seat thrice and clapped to break the silence of the movie hall at least 4 times. Apart from that, I was on the edge of the seat the whole time in the climax. Pawan Kripalani seems to have found a home in the horror genre and keeps on scaring the audience with his flicks. Great job at direction

The movie is a great watch for this weekend and next weekend and after that as well. The twist in the climax will give you chills. Even if it does not have the same thrill in repeated watches, the single time is enough to have an impact on you. Watch the movie now. Yes, NOW.