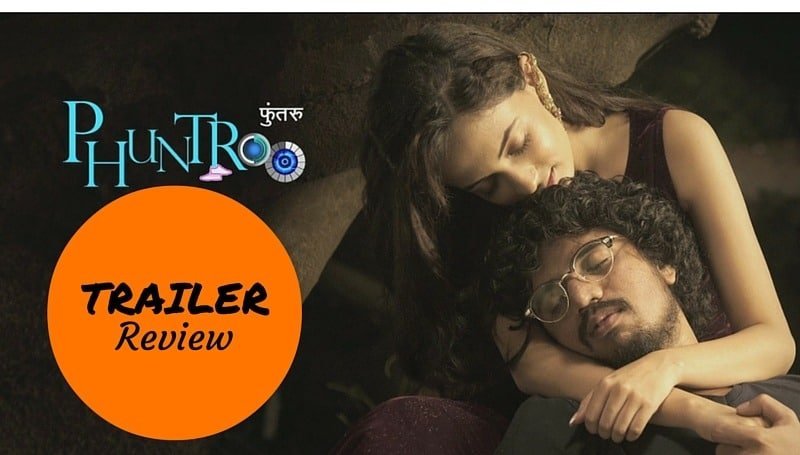 So you guys were thinking that FAN Trailer was just the so super-awesomest thing in the world and there cannot be anything better than that. Well, we don’t say you are wrong, but  WAIT! Have a look at this short trailer before you confirm your opinion. The Phuntroo Trailer, is by far, one of the most surprising trailers that we have ever seen.

Phuntroo is a Marathi ‘Science Fiction – Romantic – Drama‘ produced by Krishika Lulla from Eros International, and Directed by Sujay S Dahake, who was awarded National Award for Best Marathi Movie in 2011 for his movie Shala. It stars Madan Deodhar in the male lead along with singer, actor Ketaki Mategaonkar as the female lead.

From what appears in the trailer, we can say that the story ofPhuntroo is about Vira(Madan), a genius science student who falls in love with Anaya(Ketaki). However, the same is not reciprocated to him and he is left heartbroken. This is when he decides to continue with his science side and ends up creating an Artificial Intelligence enabled Replica of Anaya. We don’t blame him. Possibly we would have also had her on our mind throughout the experiments, after all, she is so beautiful.

However, this invention of his can land him in trouble and towards the end of the trailer, it seems that it has started to overpower its creator, Vira. For more details, watch the movie. We will watch it as well.

While we absolutely loved the trailer, every moment of it. We still loved the part after the 2:00 minute mark, i.e., when the background score with heavy guitar and rock feel starts. It definitely pumps up the excitement level of the trailer exponentially. Also, we see a number of beautiful shot teases during that time. For instance, this one with Ketaki.

The Trailer is a definite delight and movie would be so much interesting to see. We are so excited to see what look like awesome acting performances by Ketaki and Madan(really awesome) in this piece. We do not know Marathi, but we will still go to watch this movie if it is released in our city.

Did you watch the trailer yourself? If yes then watch again, and if no, REALLY?? Watch it here.

What were your favorite moments from the trailer? Did you like it? Head down to the comment box and tell us right away.