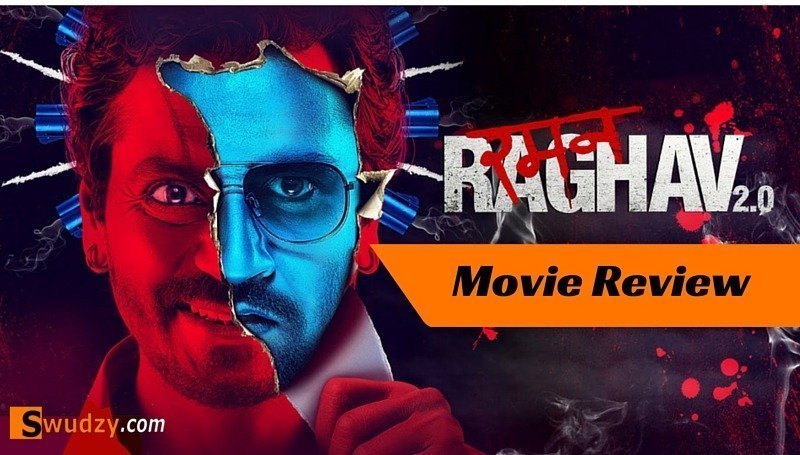 Raman Raghav 2.0 released this week and as expected, Anurag Kashyap is back in his dark and unafraid territory of low budget but high quality movies. However, this movie might make you want to leave the hall in the first half, but trust us, waiting is a good idea. Read the detailed Raman Raghav 2.0 Movie Review below.

Raman Raghav 2.0 is a crime thriller movie written by Vasan Bala and Anurag Kashyap and directed by Anurag Kashyap. The movie is produced by Phantom films. It features Nawzuddin Siddiqui, Vicky Kaushal. Sobhita Dhulipala in the primary roles.

The movie is not the story of the real life serial killer from the 1960s Mumbai of the same name. However, that story is an inspiration of the plot in this movie.

Raghavendra/Raghavan/Raghav(Vicky Kaushal) is a twisted-drug addict- insomniac cop who finds his drug dealer murdered at one night. And upon finding that he has been seen at the crime sight, he kills the witness. Few years later, a psychopath man Ramanna/Raman(Nawazuddin) tells the police that he has murdered 9 people in the past 2.5 years. The police, including Raghav, do not believe Ramanna, and he escapes. Later, Ramanna goes on to kill more people including his own sister, her husband and her child. Raghav comes to know through a person who lends money to Raman, that Raman is looking for his Raghav.

Meanwhile, Raghav is trying to deal with his inner angst through drug abuse and overpowering his live-in partner Simmy(Sobhita). He cannot sleep at night and has a rough relationship with his father(Vipin Sharma). Simmy, on the other hand starts noticing that all Raghav no longer cares for her, and their relationship is not heading the right way.

The plot revolves around Raman, Raghav and Simmy as they deal with their respective conflicts.

Watch the trailer of the movie right here.

The story of the movie is awesome. Relating a twisted cop, his troubled live in partner, and a psychopath serial killer in a single story is a brilliant job done by Vasan Bala and Anurag Kashyap. The screenplay, however, appeared to be very slow at times and the prolonged first half might make you want to leave the cinema hall. But trust us, if you stay, you are in for a treat. The dialgoues of Raman Raghav 2.0 are simply superb. Many of the dialogues are quotable, especially the one said by Nawazuddin’s character.

Boy, this movie has some of  the best performances by the actors. Nawazuddin embodies the psychopath killer to such extent that you might actually believe it to be a real person. Vicky Kaushal does complete justice to the complex and twisted character of the drug addict insomniac cop. He gives perfect balance to the movie with Nawaz’s performance weighing heavy. Sobhita Dhulipala was a big surprise. I mean we did not expect that level of natural acting from the debutant. She definitely lit up the scenes where she was a part.

Apart from the lead cast, the supporting cast, including Vipin Sharma, and Amruta Subhash were brilliant. Also, the otherwise behind the camera casting director, Mukesh Chhabra is a delight as the money lender. Overall a brilliant acting performance.

Ram Sampath has done a brilliant job with the music. Songs like Qatl-e-Aam and Behooda are some of the best parts in the movie. The songs fit the mood of the movie perfectly. Also, Varun Grover deserves a special mention for the awesome lyrics. We cannot get Behooda out of our minds. Paani ka Raasta is a slow number suiting the low phase of the movie. Also, the background score is the essence of the tense scenes and impactful plot points. Overall a positive.

Anurag Kashyap gives mixed emotions with Raman Raghav 2.0. While the movie was overall good and satisfying, the first half looked extremely stretched. However, Anurag gets full points in getting the right actors, do the right amount of acting, at the right places. Also, considering the movie is made in a restricted and low budget, the movie has great production value.

Special mention for showing the murder scenes with believability by tricking the audience. Those scenes reminded me of Gangs of Wasseypur series(remember the scene where Faizal kills Fazlu).

In general, Raman Raghav 2.0 is a good movie to watch, only if you are courageous enough to sit through the first half. The acting performances and the music is the life of the movie and the screenplay is what pulls it back. The movie can be watched once at least.