SARBJIT Trailer Review: A moving tale on its way 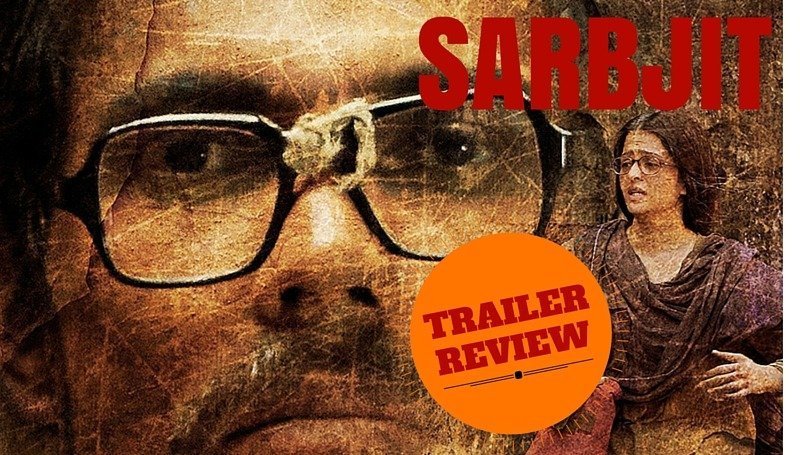 Having read the reports and the newspaper coverage on Sarbjit Singh. we all know that if not more, Sarbjit’s tale is moving and emotional, to say the least. And when we heard about the movie based on Sarbjit and his sister, we were all excited. The trailer of the movie dropped by a few days back, and here we discuss the highs and lows of the trailer. Read the complete Sarbjit Trailer Review below.

The story of the movie revolves around real life struggles of Dalbir Kaur(played by Aishwarya) who went through countless hurdles for the freedom of his brother Sarbjit(played by Randeep) when he was captured and convicted of terrorism and spying by a Pakistani court.

The trailer successfully manages to engage the viewers in the teased struggle of Aishwarya’s character. The less than 3-minute trailer captures within itself some clips of brilliant acting performances by the cast members Randeep Hooda, Aishwarya Rai and Richa Chadda. These promo-worthy clips could have been enough to pull the audience to the cinema halls.

Another awesome factor of the trailer is the realistic dialogues. Not many flashy one-liners have been used and regardless, the writing is appreciable which uses the Punjabi dialect to great potential.

However, we do feel that some shots of Aishwarya feel like overdone, but to be honest, we feel that we mus wait for the movie to have a better opinion on those.

Overall we feel that the trailer is worth a watch and capable of luring the audience to shed some bucks for the movie.

What were your favorite moments from the trailer? Did you like it? Do you agree with our review? Head down to the comments section and let us know.Also, do not forget to share the trailer with your friends.

PrevPrevious PostFAN Movie Review: This ‘Drama’ Should Not Be Missed
Next PostUDTA PUNJAB Trailer Review: Hard Hitting and Power PackedNext