STAR TREK BEYOND Movie Review : Living Up To The Name(Almost) 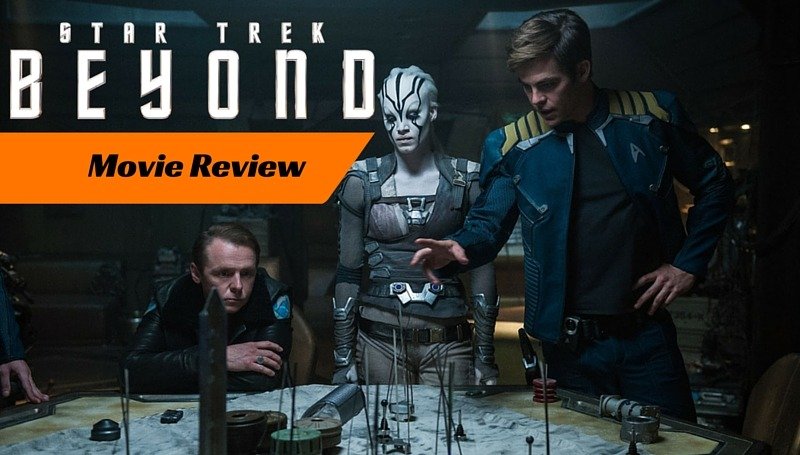 I wasn’t a huge fan of the intergalactic adventures of Captain Kirk and Commander Spock until before a day before the release of Star Trek Beyond. However, for the purpose of getting an idea of the movie, I watched the first two movies in the reboot series of Star Trek, i.e., Star Trek and Star Trek Into Darkness. And I thank myself for it. As it really built on the story for going beyond. However, the makers do not exactly go to a land where no man has gone before, as several of the aspects covered in this movie have been done before. Regardless, here is the full Star Trek Beyond Movie Review.

About Star Trek Beyond

Star Trek Beyond is the third movie after the movie franchise was rebooted with Star Trek(2009). Unlike the first two movies, this installment is not directed by J.J. Abrams, as he passes on the chair to Justin Lin. However, Abrams stays a part of the movie as a producer along with Roberto Orci, Lindsey Weber, and the director Justin Lin. Beyond features Chris Pine, Zachary Quinto, Carl Urban, Zoe Saldana, Simon Pegg, John Cho, and Anton Yelchin reprising their roles along with additions like Idris Elba and Sofia Boutella.

After serving on a Five Year long mission of exploring the space for the discovery of newer civilizations, Captain Kirk(Chris) and his crew are back at the federation. Kirk is planning to leave the Enterprise and start working as a senior official at Federation, as he is sort of bored with the exploration. Commander Spock(Zachary) is also thinking of retiring from the Enterprise to focus on growing the Vulcan species, most of whom were dead with the destruction of their planet in the first installment.

Meanwhile, an alien approaches the federation with a plea to help her out by lending a ship which can navigate to Nebula. Kirk sets out to help her. However, as they reach their destination, their ship is attacked and destroyed. Spock and Bones are stranded together, whereas Chekov and Kirk are left together. Scott meets another alien who was also a part of such mishap and saw all of her co-crew members being captured and tormented. She is repairing an older USS ship to escape and asks Scott’s help in exchange for finding the crew members of Enterprise. While the rest of the crew including Sulu and Uhura are captured by Krall, an alien who was behind the attack. He is looking for a part of lethal weapon which was hidden in Enterprise inadvertently.

Watch the Trailer for Star Trek Beyond right here.

The story of Beyond is interesting and engaging. However, the plot appears to have been covered in movies before this. However, the treatment looked fresh regardless. The screenplay is crisp and keeps you hooked. The dialogues are full of situational humor and occasionally crack up. More or less, the writing is a plus for the movie.

The performances by the cast members are not extraordinary, but it is engaging. The actors embrace their respective characters with believability and do not appear fake.

The effects are spectacular, to say the least. The major sequences like the attack on USS-Enterprise, the flight of USS-Franklin, the rescue of crew members are some of the beautifully crafted pieces of effects in the movie.

Even if it does not carry the touch of Abrams, it does live up to the name of Star Trek. The direction of this movie gave it everything that a summer blockbuster must have.

Even if not as good as the first two installments, this one is definitely an enjoyable Star Trek movie. There are moments of thrill and laughter. However, the tense moments do not engage that well. It is a good watch over Rajnikant’s Kabali but falls behind Madaari in terms of entertainment.