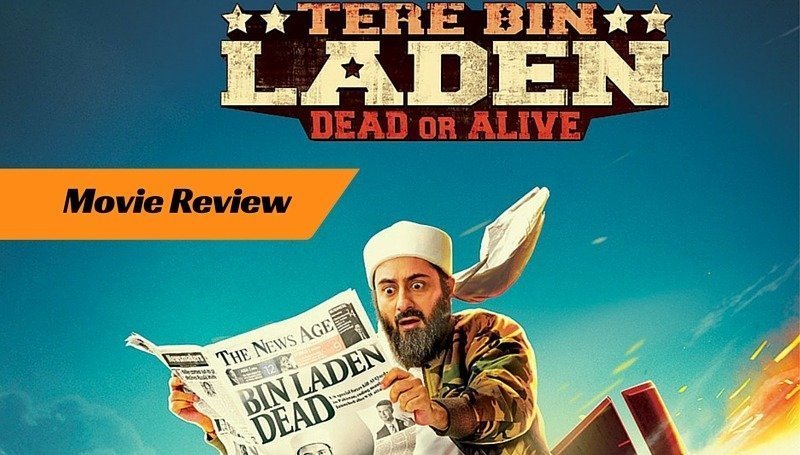 Considering that Tere Bin Laden Dead or Alive had most of its team returning from the first movie of the franchise, Tere Bin Laden(2010), including Pradhuman Singh, Piyush Mishra, and the director Abhishek Sharma himself; it was expected that if not more it will be as entertaining as its predecessor. But the viewers were left unsatisfied.
The reaction for this movie can simply be understood by the fact that where I went to watch the movie, there were around 15-16 viewers including me. Out of those, at least, 5 left the movie midway.

The US government is struggling to find a proof of Osama Bin Laden’s death. When no proof is acquired they decide to find a look alike and kill him to generate the proof. They spot Paddi Singh (Pradhuman) who featured as Osama lookalike in a movie (referring to 2010 movie) directed by Sharma (Manish). David DoSomething (Sikandar), a US agent disguises himself as a Hollywood producer to fool them into their plan. At the same time, Khaleeli (Piyush) is the leader of a struggling terrorist organization looking for Paddi to imposter Osama in a video message through which he can raise funds for his organization. Sharma and Paddi get stuck between these two parties along with other members of the cast of their previous movie.

Manish Paul and Sikandar try really hard to put life in the movie but that does not seem enough. Pradhuman Singh’s character is more foolish than the first movie. He does his part with decent efforts, especially when he enters his ‘Star Mode’ but fails to reprise the previous magic. Sugandha, Rahul, and Chirag also comprise an unimpressive supporting cast, complete contrary to the first movie. Piyush Mishra did his bit with complete dedication. Ali Zafar is charming and impressive in the extended cameo.Iman Crosson (Alphacat) as US President is decent. He also presents a version of his rap, the original of which is embedded under.

This is probably where the movie fails miserably. Tere Bin Laden (2010) was a gem of writing with intelligently woven humour. Whereas, the sequel tries too hard at making people laugh to no vain. At most two or three instances in the first half are a tiny bit funny and the shooting sequence in the second half. Apart from that, the script is almost dead.

Apart from the rap mentioned above, no other song impresses. The only soothing track in the movie is the “Ullu Da Pattha” bits played around the making of TBL within the movie.

Chandan Arora does just decent work with editing. Nothing impressive about it. Nothing specific about it

Abhishek Sharma had the potential of making a genuinely funny movie that we saw in the 2010 movie but here he looks lost throughout. He tried to put a lot in the movie, in the process, spoiling everything.

The movie matches nowhere in comparison to the first movie. Repetitive gags and artificial humour make the movie a pain to watch at times. Sikandar, Manish, and Pradhuman try hard to revive but dead script pulls them back. Watch it if you want to but Beware, you might want to tie a suicide vest around you and look for Abhishek Sharma after it. Choose Wisely.

So this was our review of Tere Bin Laden Dead or Alive. What do you think about the movie? Which movie are you planning to watch this weekend? Do tell us in the comment box below.
We will be back soon.. Till then, Keep Loving Cinema