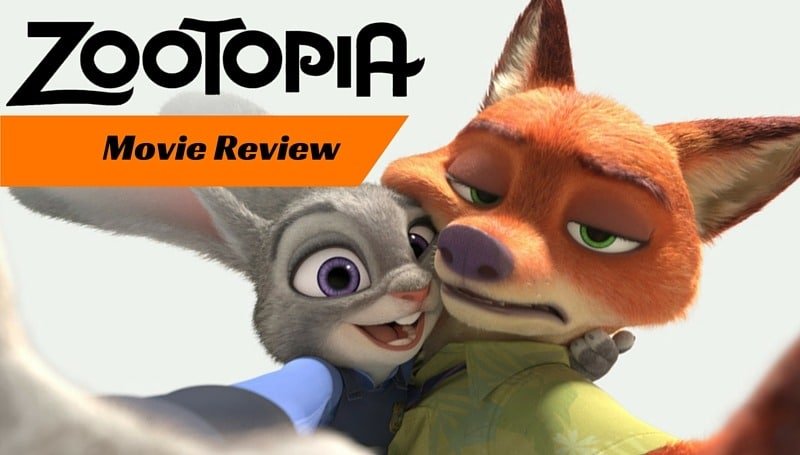 Have you ever had a dream of becoming something that everyone else in your circle doesn’t approve of? Have you ever been underestimated in your potential? Have you ever inadvertently sabotaged your own dreams? Well if the answer is yes, Zootopia will hug you like a long lost friend. If no, wait up, there is much more in the world of Zootopia for you.

Zootopia is the latest animated flick from the Walt Disney Animation Studios, written and Directed by Byron Howard, Rich Moore, and Jared Buch. It stars Ginnifer Goodwin and Jason Bateman in the primary voice cast. So that was the stuff not much people care about. And here we start with the important Stuff

Zootopia is set in a fictional world where all animals are anthropomorphic and there is no sign of humans. A bunny from Bunnymarrow, Judy Hopps(Goodwin) has a dream of serving the city of Zootopia as a police officer. She works hard for her dream and is rewarded with a posting in Zootopia, which was the first city where predators and prey started living with harmony. She is not greeted according to her expectations and is just restricted to a parking “Meter Maid”. She somehow manages to get a case of 1 of the 13 missing mammals from the town and works with Nick Wilde(Jason), a fox, who also happens to be the first lead in this case, which she has only 48 hours to solve. They both uncover suspense, meet remarkable characters and understand each other and themselves, better than ever.

Since Disney started with the Pixar-Styled animation, there has been a steady improvement in their work. Inside out was awesome and Zootopia is even better. The super fine detailing of the city makes it a treat to watch. Best moments are the scenarios when Judy travels from Bunnymarrow to Zootopia in a glass-roof train. Keeping all the basics of animation under their belt, Disney has definitely nailed this piece on the right spot on viewers.

The story isn’t just another detective story but it contains much more within. The city of Zootopia has much more social issues which it must tackle than just the missing mammals. There is discrimination on the basis of the sizes of animals, differences between predators and prey, racism, crime and much more within the city. And all that is dealt with proper care, not hampering the core of the movie, rather adding to its beauty. The story definitely deserves an ovation for itself.

The overall score of the movie by Michael Giacchino is decent, but the highlight of the music in the movie is the original song “Try Everything” by Shakira. It is really a song to listen more than once. BTW, Shakira also does a cameo as Gazelle.

The editing of this movie is crisp and never lets the movie let loose speed. The pace is maintained throughout. But anyways, that is a given considering the high standards of Disney associated with it.

The directors of this movie have dealt with the social issues along with the suspense thriller in an animated movie, with grace. A movie that spans not a second more than 108 minutes has to be applauded for being so good. And a major chunk of the credit goes to the directors.

This movie can be enjoyed not just by the children, but the adults as well. With a story worth listening, an animation worth watching, a movie worth experiencing, and characters worth remembering(e.g., Flash, the Sloth), This movie has definitely set the expectations really high for the animated movies to come later this year.

P.S.: I still wonder what is the requirement of breaking the flow of the movie with an interval where no interval is designed by the makers of the movie. They do show the ads before the movie. Right? Better make it longer. That un-invited interval spoils the experience. Are you hearing me Cinépolis?

Did you watch the movie? Do you agree with this review by us? What moments from Zootopia did you come back with? Head down to the comments section and let us know.