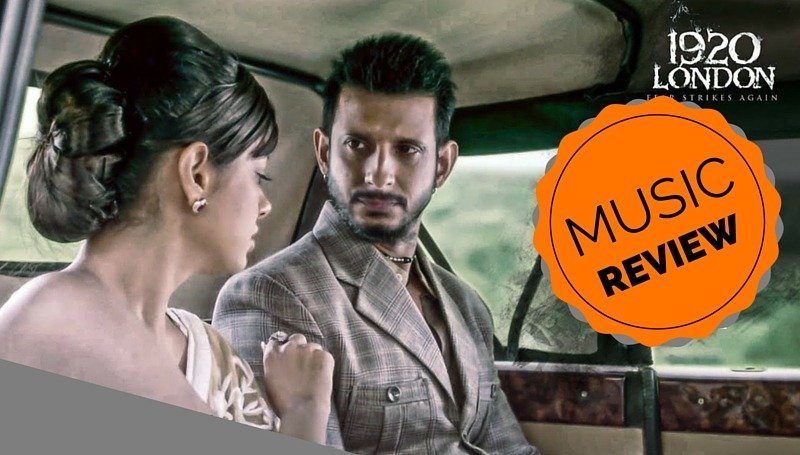 The third movie in the 1920 franchise, 1920 London releases this week, and right before that, we take a look at its music track-by-track and present you with the detailed 1920 London Music Review. The album brings back the voices like K.K., Shaan, and Mohit Chauhan back after some time, but does it pay for the same? Check for yourself what you found a hit and what a miss.

Remember that awesome track in the horror movie Gumnaam? That song gets retouched just like any other movie whose music is released under T-Series‘ banner. We might definitely feel sorry for the original track after this remake. However, it still is one of the better tracks on this album. Sung by Antara Mitra and Jubin Nautiyal, this song starts off good but drops towards the stanzas. The hook sounds odd and the classic lyrics seem forced into the song as an ear-bait. Regardless, the fresh part of the lyrics, which is penned by Kunal Verma, are quite fine. And the music by Kaushik-Aakash is impressive. We Might keep it in our playlist for a few days before we listen to any better song.

Well, this song is actually good. We get a Sharib-Toshi feel to the song. However, the autotune electronic effects in the vocals at places make it irritating. The music pieces in the song are just awesome. We might give this song a chance in our playlist for about a week. Decent Track by Shaarib-Toshi, which features Shaarib Sabri’s voice on lyrics co-written by Kalim Sheikh along with the Sabri brothers.

Wow, the song starts on an amazing note. It is pleasant to listen to Mohit Chauhan after some time. As refreshing voice as always. However, apart from the mesmerizing voice of Mohit, there is not much to the song as the lyrics by Azim Shirazi fall decent and music by Shaarib-Toshi fails to impress. Not in our playlist. Payal Dev also tries to match up with Chauhan in the vocals department but falls short.

Now we have Shaan‘s voice trying to reach to our hearts through the ear. However, another decent lyrical by Azim Shirazi on the music of Shaarib-Toshi pulls it back. Nothing impressive in this song. It almost looks like a misfit. Definitely not going to be a part of our playlist.

Okay, Now we are talking. K.K. and Antara Mitra are here with this awesome track. A definite melody to the ears and an upbeat music to uplift the mood. Not so great but fine lyrics by Prashant Ingole and the music by Kaushik and Akash J.A.M just complement each other. Fine track. Will definitely keep in our playlist for a while.

Listen to the songs right here.

The music of this movie disappoints at many fronts. Only two tracks sound decent and we doubt that it may have any impact in the storytelling in the movie’s narrative.