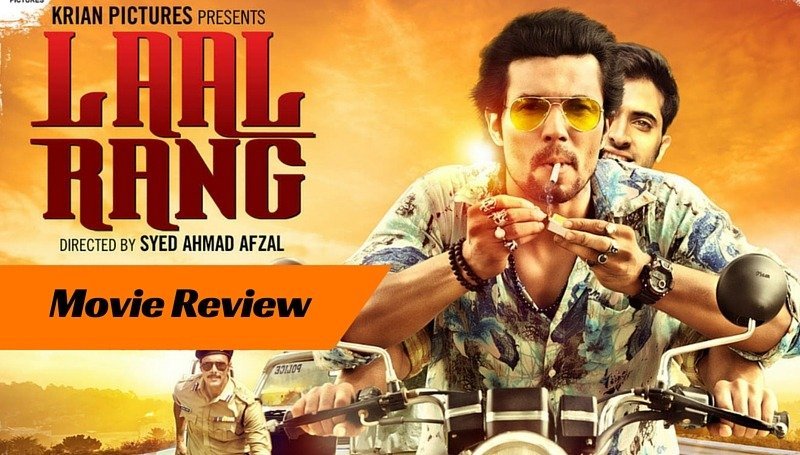 While the trailer of Randeep Hooda‘s Sarbjit is making news for all the positive reasons, a relatively less popular movie of the actor released this week. Laal Rang is a mixed bag of high and low moments in the movie that makes it watchable. Read the full Laal Rang Movie Review now.

The story of the movie is set in 2002 Haryana and revolves around Rajesh Dhiman(Akshay), who is ambitious and wishes to get rich. He meets Shankar(Randeep) at a lab diploma, who owns a Yamaha RX100, which is a status symbol. A ride on the bike makes Shankar and Rajesh very close friends. Later, Rajesh discovers that Shankar runs a blood theft racket and makes a lot of money doing the same. Rajesh is lured by the glow of money and joins in. Money takes over his loyalty and they both indulge in a quarrel. Meanwhile, Shankar is heartbroken due to a breakup with his long distance girlfriend(Meenakshi). Rajesh decides to get into the bloody business independently, leaving Shankar’s side. However, on his first stint, he messes up and gives an infected unit of blood. The SP of the district(Rajneesh) who was so far looking for traces of the blood racket, detains Rajesh on this ground and forces him to reveal the name of the master of the racket.

Take a look at the trailer of the movie.

The story starts off at a great pace which makes it interesting to watch throughout the first half, however, the second half is quite loose, and towards the end, the story turns preachy. The same is the case with the screenplay, which is crispier in the first half but slows down in the second half.

However, the dialogues are literally awesome throughout the movie. The conversation that Shankar has to any and every character in the movie has at least one moment each where you want to clap either out of excitement or just to honour the brilliant dialogue.

The character development in the first half is the best part of the movie. The foreshadowing through ‘Chhota Baba’, the ambitious nature of Rajesh, Poonam’s funny English, and Shankar’s style, are established pretty firmly in the first half.

What Laal Rang does the best is to take out brilliant performances from each and every character of the movie. But to mention the best among the lot, we would choose both Randeep Hooda and Akshay Oberoi. It is difficult to identify that Akshay is the same guy who entered the cinema world with ‘Isi Life Mein‘. He brings the added impact to his character with his expressive eyes.

Randeep is as impressive as always, he has a home-ly comfort in the Haryanvi Stud’s role. He carries himself with extreme ease. In many places, he outshines everyone else in the frame. It won’t be a misstatement to say that this is a complete Randeep Hooda movie.

Here is where we would like to complain. While the music is pretty good on a standalone feat. The use of that music in the movie is questionable. ‘Mera Mann’ looks forced into the movie. Same is the case with our favorite track in the album ‘Bawli Booch‘. The use of Bhaang Ragad Ke is impressive and Aye Khuda is just WoW!!! Overall music turns out to be just ordinary due to unnecessary song placement.

The background music however wins the praises. It enhances the tension and excitements of the events in the movie.

It is a commendable effort by Syed Ahmad Afzal. The use of actors to take the best performances out of them deserves a special mention to itself. Apart from that, the use of RX100 as a symbolism is a great concept. The nuances of the characters are covered in the right amount. However, as we mentioned before, the second half is quite loose, due to which the brilliant first half goes underappreciated. While a lot has been taken care to represent a world 14 years back, some shots still look like the current years.

Laal Rang is a perfect movie for all the Haryanvi Jatts. They can relate to the movie in many ways. The performances are a plus for the movie and the music inches towards a minus. Overall, it is a watchable movie which could have been a brilliant piece. However, the long duration of the movie looks a little too overdrawn. Watching Nil Battey Sannata would be a better option if you look to spend just a single ticket for yourself this week.