TRAFFIC Movie Review : Stuck in a Jam of Characters 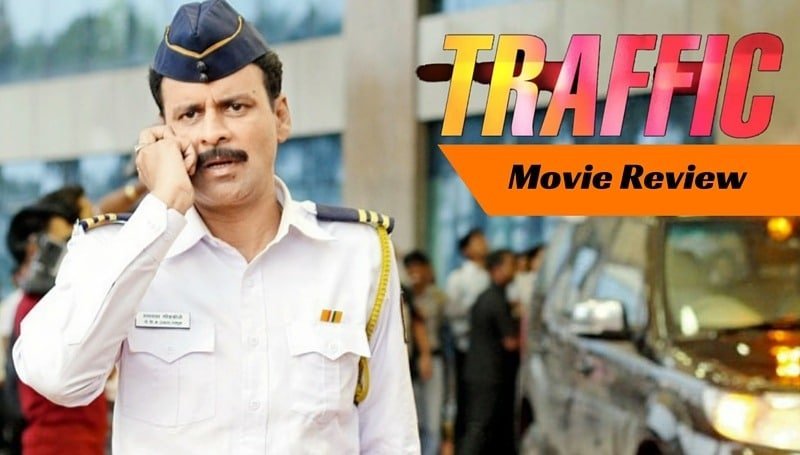 The third movie that we watched this Friday was Manoj Bajpayee and Jimmy Sheirgill starrer Traffic. After watching Aligarh and watching the trailer of this movie, we were eagerly waiting for its release. However, the movie wasn’t that satisfying. Read the complete Traffic Movie Review right here.

Traffic is a Thriller Drama movie based on the 2011 Malayalam movie of the same name directed by the same director, Late Rajesh Pillai. The movie is produced by Fox Star Studios and EndemolShine India Productions. It features Manoj Bajpayee, Jimmy Sheirgill, Kittu Gidwani, Sachin Khedekar, Divya Dutta, Parambrata Chatterjee and others.

Rehan is a young boy from Mumbai who gets severely injured in a road accident and is about to die. His parents receive a call from Pune, where an actor’s daughter is admitted and is in dire need of a heart transplant. After an initial disagreement, Rehan’s parents agree for the transplant, but the heart cannot be transported by air due to low visibility. So the road route is taken resort of. The traffic of Mumbai is at peak. The joint commissioner of Traffic Police takes charge of the mission and a traffic constable, Godbole takes the chance as one to wipe off the stains of accepting a bribe from his collar. The car sets out from Mumbai to Pune with Godbole, Rehan’s friend and a doctor in it. Later, it is revealed that one of them has attempted a murder and is afraid the police is after him.

The story is brilliant. Based on true events and a superhit movie, this movie is successful at capturing the feel of the story. The screenplay is decent and nothing can be complained, if not praised. However, it is the dialogues that are repetitive and irritating at points due to the same. Also, there are too many characters in the movie for a 1.5-hour thriller. This makes less screen space for each character which means flatter characters.

All the actors give their best to the movie, however, it is just Manoj Bajpayee, Sachin Khedekar and Divya Dutta that manage to leave an impression till the movie gets over. Maybe it is the weak writing that other characters including that played by Jimmy Sheirgill do not appeal much to the audience. Also, the supporting cast is full of weak performances.

The music of Traffic is just decent and there is nothing extraordinary to the music except ‘Keh Bhi De‘ and ‘Kuchh Der‘. However, the music seems perfect for the mood of the music and in the movie, wins at it.

The direction is weak, to say the least. Many aspects of the movie looked unnecessary and much more parts of the movie felt repetitive and you might actually say that you just saw that stuff. However, it somehow is successful in capturing the feel of the movie which is a good sign.

One can watch this movie, but waiting for the Television broadcast would be a better option if you ask us. Apart from awesome acting and a lot of drama, there is not much to the movie. Watch Captain America Civil War instead