THE ANGRY BIRDS MOVIE Review : Only For Kids 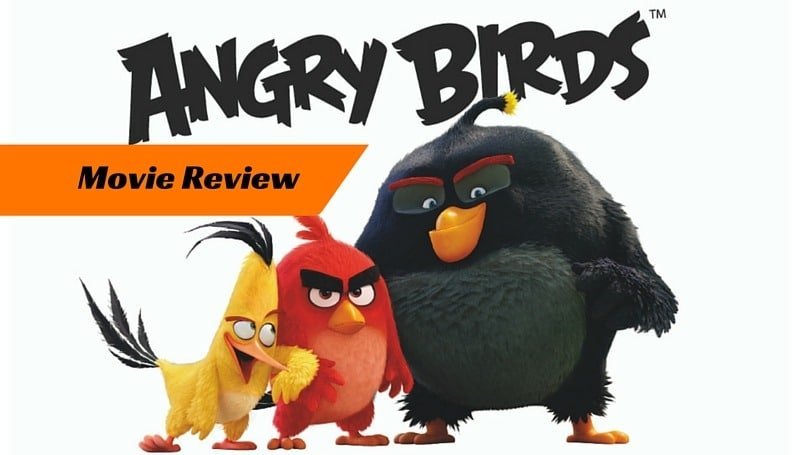 Angry Birds is a popular game and one of the first heavily successful games in the android/iOS world. The guys at Rovio animation decided to turn the game into a movie, we were excited, but a little skeptical. And the movie showed why. It is a movie full of slapstick humour and has no real rewatch value. Read the full The Angry Birds Movie Review below.

The movie revolves around the life in bird island, an island where birds live. However, these birds cannot fly. They have a complete ecosystem on their island but somehow do not know how to build a boat. Red is one such bird who is an orphan and prefers to stay alone in a house alongside the beach that he built. Often teased to be the bird with the moustache over eyes, he has a serious anger issue and is sentenced to attend anger management classes, where he meets Chuck, a hyperactive yellow bird, and Bomb, a bird who explodes when angry. One day, the pigs visit their island and starts colonising it. Everyone except Red is blinded by the glittery speeches by Leonard, the Pig king. However, the Pigs provided entertainment, gifts and facilities to the birds only to divert their attention as a ploy to steal all their eggs and sail back to pigs island where they’ll cook omelettes. All other birds realise that Red was right and appoints him as their leader to get back their eggs.

The story is amateur and has no depth to it. We mean, in a year where animated movies like Zootopia and Kung Fu Panda 3 have been heavily praised, this one looks like a kid recently admitted to pre-nursery. The metaphor comparing pigs to colonizers draining out resources of their colonies was the only good part in the writing part. The screenplay has no value in the movie as most of it is just slapstick gags. The dialogues are powered/overpowered by continuous bird puns. Which might be amusing to some, like us.

The animation is worth praising. A lot of work has been put into it. And it is a positive aspect of the movie. But the animation doesn’t give a texture to the characters of the movie. Most of the people won’t get what we are talking about, but those who do, You Guys are So Cool.

The movie could have been much better, had the story been better structured. Most of the resources of the movie appear to be utilised in the animation and hence, other factors suffered due to lack of attention. None of the characters makes us empathise with them. And for an animated movie, it is a huge deal.

The movie is good only for kids. Anyone who is going to watch the movie just because they loved the game, will enjoy the movie only in the final half hour. There is very little nostalgia value in the movie. The entertainment is childish.

[wp-review id=””]
Did you watch the movie? Did you like the movie? Do you agree with our review of the movie? What part of the review did you like most? Do you think we missed some part in our review that you would like to mention? Head down to the comments section below and leave a reply. Also, do not forget to share the review with your friends. Coz it’s more fun with friends around. We will be back with more reviews of trailers, music and movies, and other stuff. Till then, #KeepLovingCinema.