Udta Punjab Movie Review: Worth The Hype. Must Watch 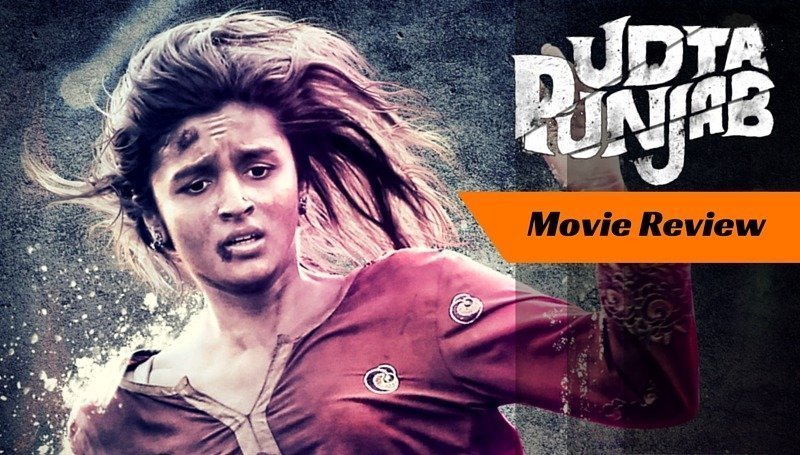 Udta Punjab has been one of the most controversial movies of the year and possibly the decade. The tiff between Anurag Kashyap and the CBFC chief Pahlaj Nihali has been the center of news for about a whole week now and the whole creative fraternity was waiting eagerly for the movie to release. The movie has finally released, and the least that we can say is, that it’s worth the hype that is created around it. It goes harsh, it goes ugly and it hits all the right spots. Read the complete Udta Punjab Movie Review now.

Tommy Singh(Shahid) is a drug addict pop and rap star in Punjab who writes and sings songs about several types of drugs. He is arrested by the police and there he meets 2 young boys who are die-hard fans of Tommy and have started taking drugs in order to follow their star. This changes him and he starts avoiding drugs. In a parallel story line, a Bihari girl(Alia) who works on a farm on borders of Punjab finds a packet of Heroin which was thrown from across the borders at night. After finding out that it is worth crores, she decides to sell it to a dealer. Panicking in the situation, the girl ends up throwing the heroin in a well. The drug dealers capture her and as a form of punishment, develop an addiction in her for drugs and rape her frequently.

In another parallel story line, Sartaj(Diljit Dosanjh) is a cop who, along with other cops, takes some share and lets the dangerous drugs flow through the road transit. He realizes his fault when his own brother develops an addiction and has to be rushed due to an overdose of a cocktail of drugs. Dr. Preet(Kareena) teams up with him to find out the root of this drug chain and the political connections involved. But they have only one month before the elections start so that the election commission can take some actions against the culprits.

All the storylines cross paths in the flow of events.

The story is woven beautifully covering all the four major characters and the state of Punjab in almost equal screentime giving all the due importances to the characters. The first half of the movie feels a little slow and unrewarding as the whole time before the interval is spent in the setup for the story. The actual fun of the movie starts with the second half which is every bit compensating the stretched first half and by the end of the movie you might not even remember that the movie was slow in the first half. The screenplay is crisp and it maintains the interest in all the four characters and their respective story arcs even when they are not on the screen. The dialogues of the movie are quite realistic and mostly in regional dialect. Overall, the writing of the movie is a big plus for the movie.

Udta Punjab features a stellar set of performances by all of its main characters. Shahid Kapoor gets in the skin of Tommy Singh and his Gabru persona with ease and does complete justice to the responsibility the director gave him. Alia Bhatt shows once again that she has the capabilities of a great actor in her and can never be underestimated. One of her powerful roles.

Kareena Kapoor Khan carries herself and her character with a certain grace and is lovable in the movie. She completely dominates the scenes whenever she is on the frame. Not a degree high or low, she acted perfectly with the requirements of the role. Diljit Dosanjh is a treat to watch. His is the most developed character in the movie and he leaves no stones unturned to portray it on the screen. Apart from the main characters, Satish Kaushik, Prabhjyot Singh, and Harpreet Singh are also characters to watch.

Amit Trivedi has successfully escalated the tone of the movie and beautifies it even more. ‘Chitta Ve’ does a brilliant job as an establishing song. ‘Ud-Daa Punjab’ is restricted to a background song playing in one of Tommy Singh’s party. It was a big turn off, but it was compensated by ‘Da Da Dasse’. The highlight of the movie’s music was, however, Ikk Kudi. It was awesome throughout as a theme as well as the song. The movie ends on a positive note with ‘Hass Nach Le’ which was a good note to leave the hall. Overall Music does the job assigned with ease.

Abhishek Chaubey has crafted a marvel with Udta Punjab. Even when the movie feels slow in the first half there are enjoyable moments to keep the audience engaged. The use of music with economy shows the clear vision of the director who knows what he was doing. Broadly, it is a great effort from the directorial section.

The movie is a must watch and if you remain seated till the interval, you won’t regret till the movie ends. The second half is the best part of the movie. And the narrative and the message that the movie gives are all in bonafide nature. The movie is one of the bests of this year and no wonder the makers were fighting so hard to get it released in its original state on the announced date.